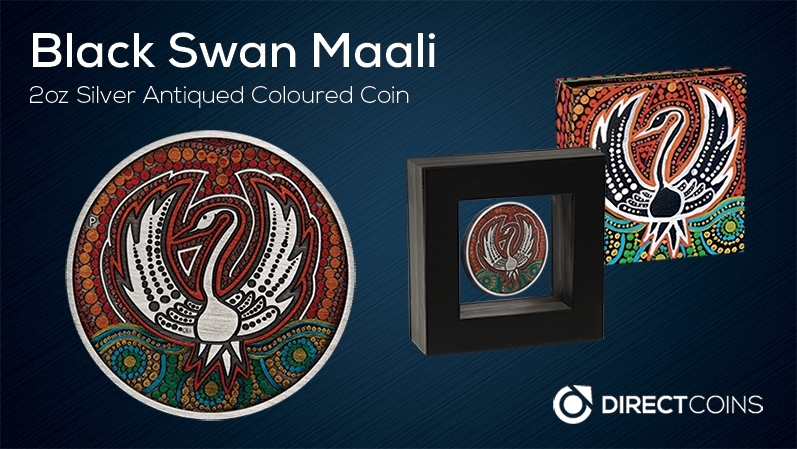 This first of its kind 2oz silver antiqued coloured coin features an original coloured painting of a black swan by Kevin Bynder, a proud Whadjuk-Yuet-Ballardong man.

Widespread throughout much of Australia, the black swan (Cygnus artratus) is of spiritual significance in the ancestral stories of many First Nations Australians. In the south west, where the Nyoongar (also Noongar, Nyungar) people are traditional custodians of the land, the majestic waterbird is often referred to as maali. 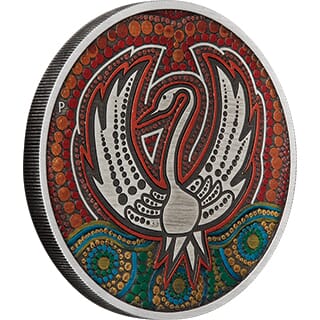 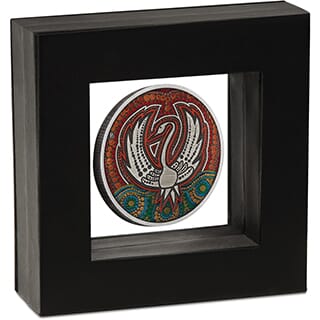 According to local lore, maali was once a vain and boastful white feathered swan. In punishment for its conceit, waalti, the eagle, ripped out maali’s cherished feathers. Fortunately, ravens took pity on the distressed bird, disguising it with black feathers from their own plumage. Like the black swans in their wetland habitats today, maali retained some white wing feathers which only become visible in flight.