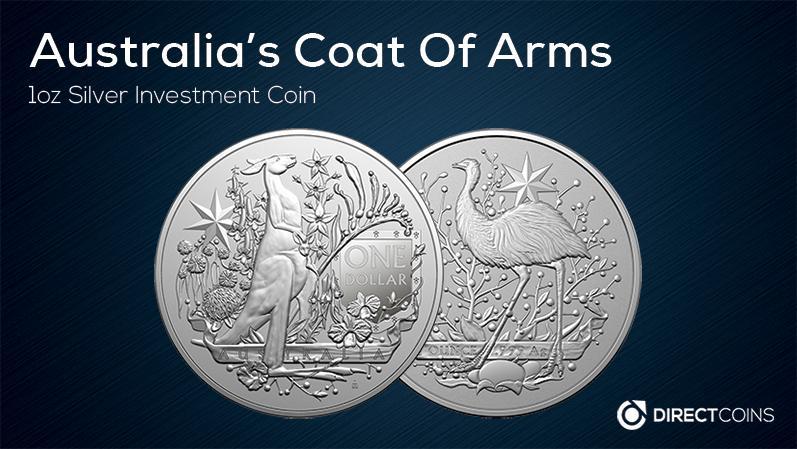 Direct Coins is proud to present the first release in the Royal Australian Mint's new Australia’s Coat of Arms Series.

Rich with historic significance, the coin features a kangaroo and emu - both elements of the Commonwealth Coat of Arms signifying progress, as neither animal can move backwards. 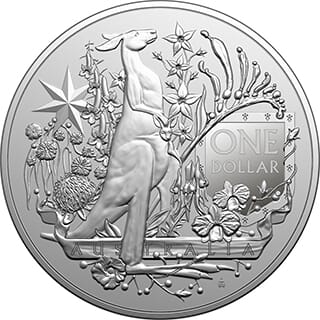 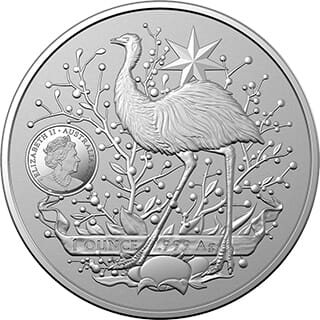 The coins’ obverse features a proud emu protecting its unhatched eggs against a backdrop of wattle that is yet to blossom - both symbolising a future full of potential. The obverse also includes an effigy of Queen Elizabeth II and the Commonwealth Star with six points representing Australia’s six states and the seventh point representing Australia’s territories.

The intricate reverse features the Commonwealth Star and a bold kangaroo with joey in pouch against a backdrop of thriving vegetation comprising each state and territories’ floral emblem.

The coins are completed with a brilliant uncirculated finish, showcasing the high quality and standards of the Royal Australian Mint.