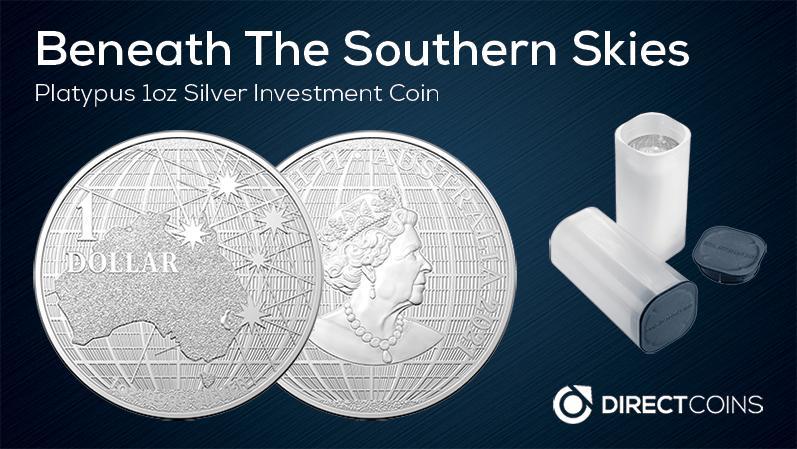 Issued by the Royal Australian Mint, this beautiful 2021 $1 1oz Silver Investment Coin is the latest release in the Beneath the Southern Skies series.

Quintessentially Australian, the design pays homage to Stuart Devlin, who designed Australia’s first decimal coinage, and features a platypus in Sydney’s position on a map of Australia. 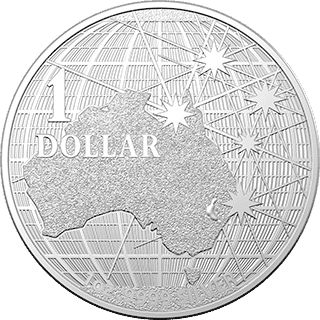 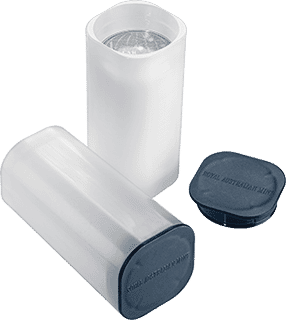 Following the series’ first release in 2020, the 2021 design is quintessentially Australian and includes a map of Australia and the Southern Cross, inspired by one of Stuart Devlin’s original sketches. The coin also features New South Wales’ animal emblem, the platypus, in place of Sydney.

The Beneath the Southern Skies series is symbolic of Australia’s foray into decimal coinage in 1966. The design also pay's tribute to the Royal Australian Mint’s award-winning Southern and Northern Sky series. The silver coin is the first and only 99.99% pure silver coin produced by the Mint.