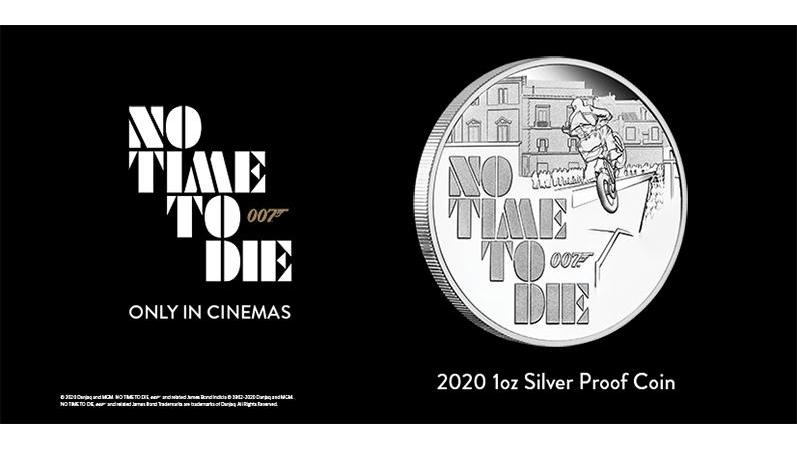 This coin celebrates the forthcoming 25th James Bond movie, No Time To Die.

To be released worldwide in November 2020, the film sees James Bond retired from active service. His peace is short-lived when an old friend from the CIA, turns up asking for help, leading Bond onto the trail of a mysterious villain. 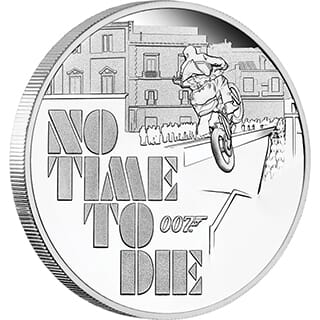 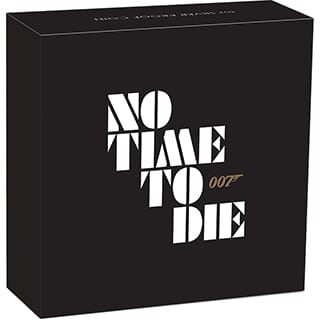 James Bond is a fictional British Secret Service Agent created by author Ian Fleming in 1953, Producers Albert R. ‘Cubby’ Broccoli and Harry Saltzman brought Bond to cinema screens for the first time in 1962 with Dr. No. More than 50 years later James Bond continues to entertain and excite audiences around the world in one of the longest running and successful film franchises.

The design features an action-packed scene from No Time To Die. Also included is the No Time To Die logo and the official Bond 007 gun logo.