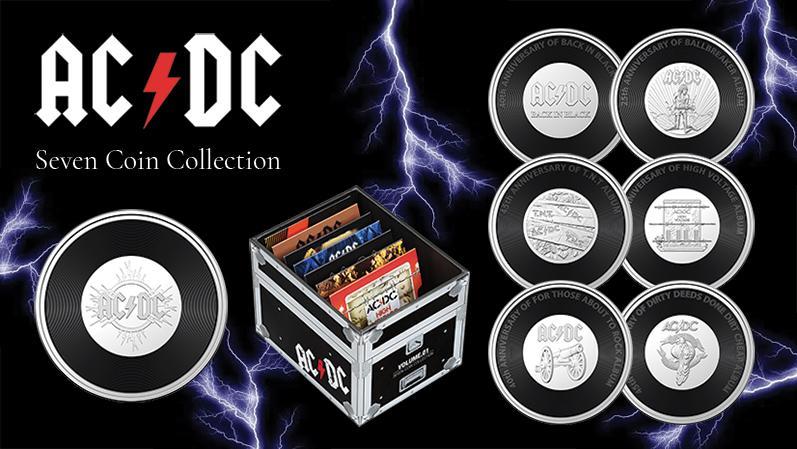 Over almost five decades it’s been a long way to the top of music charts globally for Australian rock legends AC/DC.

To celebrate the milestone anniversaries of six of their album releases, the Royal Australian Mint has issued coloured coin tributes to the vinyls that have electrified generations of music fans. This Seven Coin collection features a BONUS limited edition coin! 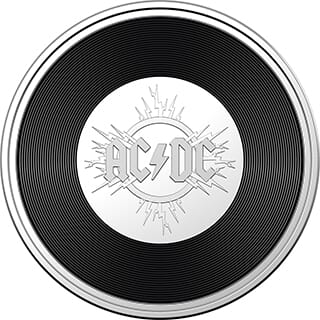 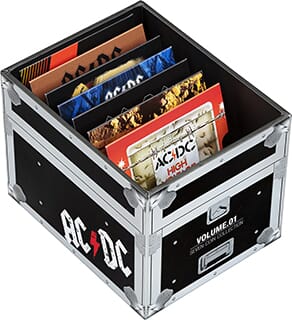 This year marks 45 years since AC/DC released their debut album High Voltage. The band’s second album T.N.T also clocks up its sapphire anniversary at the end of the year along with Dirty Deeds Done Dirt Cheap in 2021.

Meanwhile, 2020 represents 40 years since the release of Back in Black and 25 years since the band released Ballbreaker. Next year it will be the ruby anniversary of the album For Those About to Rock (We Salute You). 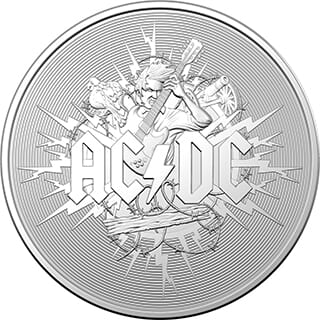 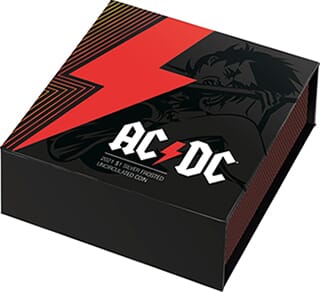 This spectacular coin features the iconic parrot from the Dirty Deeds Done Dirt Cheap cover, the cannon from the For Those About to Rock (We Salute You) album, barbed wire from the High Voltage cover and a plank of wood from the T.N.T album.