SMASH! This hilarious BATMAN™ ‘66 1oz Silver Coin features THE JOKER™ in colour with one of his many witty quips.

Completing the design is a background of engraved starbursts, in-keeping with the series iconography, along with laughter in the form of “Hee!” and “Ho!”. The fun designs for these coins capture the cheery campiness of this extraordinarily popular show.

The 1966 BATMAN™ TV Series aired for three seasons from January 12, 1966 to March 14, 1968. Casar Romero famously starred as THE JOKER™ in this series. During its first season, it was one of only two prime-time TV series to be broadcast twice in one week, with the first episode always containing a cliffhanger ending and the voice over: "Tune in tomorrow—same Bat-time, same Bat-channel!".

Its uniquely numbered Certificate of Authenticity is found inside the packaging, which includes a magnetised acrylic block so the coin can be easily displayed or removed as needed. This fits snugly inside an outer box which shows a cartoon image of THE JOKER™ on the top and the BATMOBILE™ and BAT SIGNAL™ shining over the GOTHAM CITY™ skyline on the base. BATMAN™ and ROBIN™ can be seen scaling the sides! 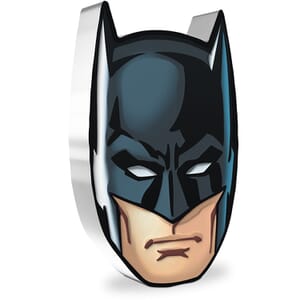 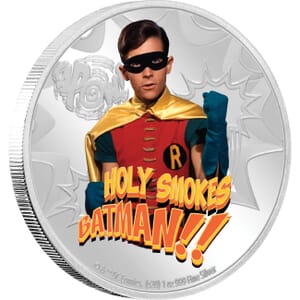